A downloadable game for Windows, Linux, and Android

Minimal, meditative, 3D exploration puzzle game that challenges your perception and spatial reasoning. The challenge lies not in finding the correct path, but simply finding the path. Rotate and zoom your perspective to grasp the layout of the maze - at least until it starts moving...

There are no time limits, no high scores, no enemies, and no jumping (or the attendant falling to your "death" when you miss a jump). No starting over, and over, and over again, until you make that jump, or time that combo, or whack that mole before it whacks you. Cubrick is about slowing down...

Includes the ability to create/modify levels from within the game itself (and someday share your creations with other players).

This is an unfinished playable prototype (most recent version dated February 22, 2014)

Downloads available for Windows PC, Linux PC, and Android, or...

Play in web browsers that support the Unity3D webplayer plugin

Linux: Includes 32-bit and 64-bit binaries. See Unity's blog post on linux support, as well as the enclosed README for details on configuring resolution and fullscreen mode. Only tested under Ubuntu 13.04, so your mileage may vary. 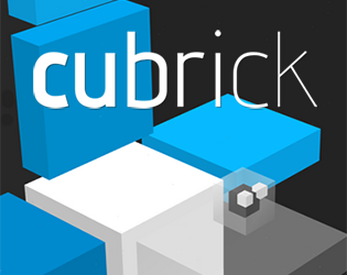